I Really Made Homemade Caramels! 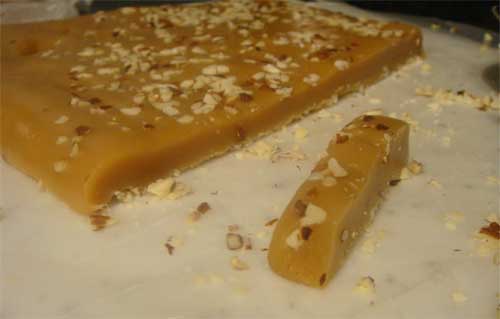 I discovered why when you google “homemade caramels: Giverslog’s failproof caramel recipe came up! It really did turn out to be pretty failproof. Recently I discovered the site is down, so the ingredients are:

Equipment:
candy thermometer
heavy, 3-qt. sauce pan, or 6-qt. if doubling the recipe, which I always do (having a heavy pan is important, if your pan is too thin it can heat the caramel unevenly and make it separate)
parchment paper (how I love parchment paper, i’ve never found anything that sticks to this stuff)
8×8 or 9×9 pan (or large jelly-roll cookie sheet if doubling recipe)
wax paper for wrapping caramels

My fear of making a hot molten sugary disaster caused me to overprepare a bit, but after I did it the first time, by 4 batches later I was still using my same technique. The first thing I did was gather all of my ingredients and measured them out, and placed them next to the pan. 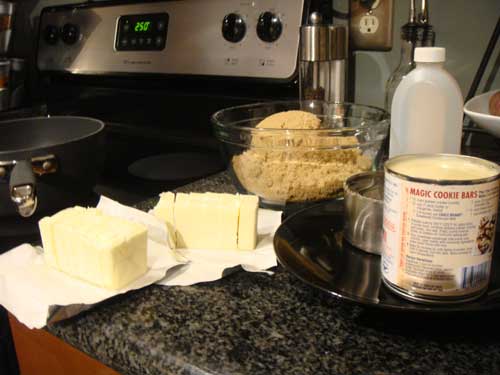 I melted the butter on low heat stirring the whole time. 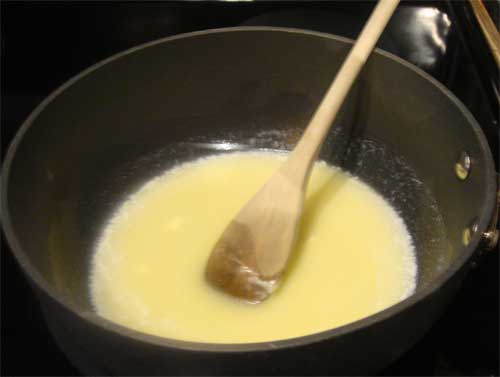 After the butter was melted I added the pre-measured brown sugar a few spoonfuls at a time in the center of the pan. While I was adding the sugar I turned the heat up to medium low. 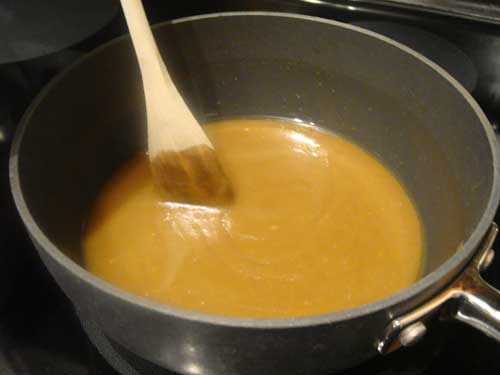 I added the sweetened condensed milk and the Karo syrup stirring constantly on medium low heat. 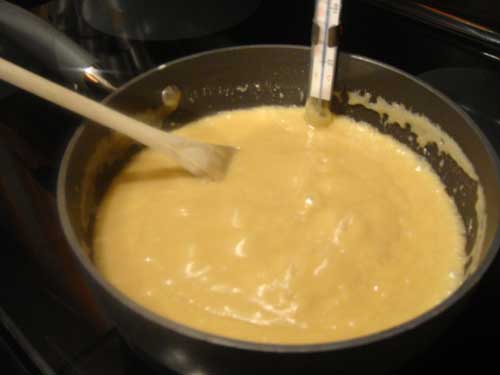 Giverslog suggests that you check your thermometer in boiling water, that test had my thermometer showing a 10 degree difference, but the marks on the thermometer for soft ball and hard ball turned out to be about right (I live at a very high elevation, which I guess really messes all of that up). What I ended up doing was testing the homemade caramel regularly in a bowl of cold water because I was downright nervous about messing it up.

Once I got the caramel to a good consistency between the soft ball and hard ball stage I added the vanilla and poured it into a buttered dish (I didn’t have contact paper, so I opted for the buttered route, nothing got stuck so it worked great). I covered the caramel in chopped almonds (for this batch I opted to have the almonds on the outside rather than mixed in, I also did a few batches with almonds mixed in). 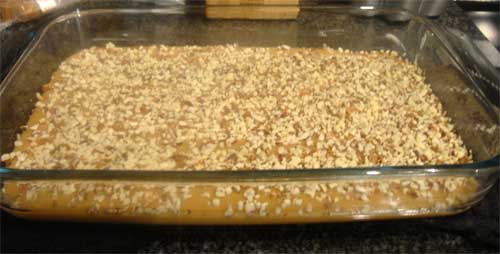 I let the caramel sit for a couple of hours and then pulled it out of the pan and placed on top of wax paper on a cutting board and let it sit covered with more wax paper overnight. I cut it with a pizza cutter and wrapped in wax paper. 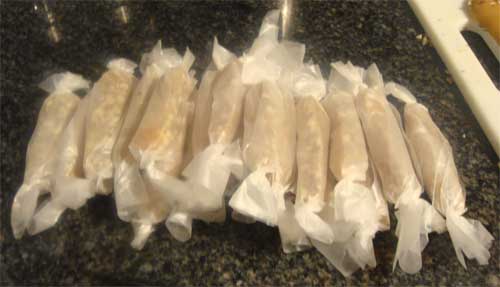