I am not quite sure how I made it through life without ever having tried brussels sprouts. I believe my mother didn’t like them much, so she never made them. It is quite possible I had them at some point in time (I have had them several times since I announced my lack of brussels sprouts expertise). One of the reason I wanted to try them is that brussels sprouts are a cruciferous vegetable, which is on the list of foods that help combat breast cancer recurrence. Like broccoli it contains isothiocyanates which have been shown to help our bodies remove carcinogenic substances.

The brussels sprouts came in my produce box that I get delivered now and then. It usually contains a vegetable or two that I have never cooked with before, so it stretches my horizons and helps me try to get in 4-5 servings of vegetables every day.

Ingredients for baked brussels sprouts (no measurements because I just winged it): 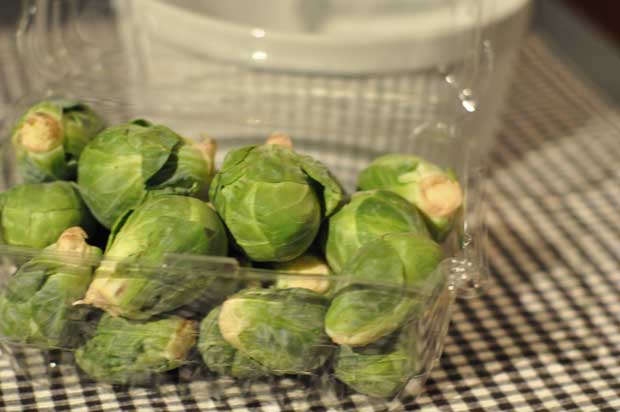 I cut the stem off of the brussels sprouts and removed a few of the outer leaves so that they were nice and fresh. I then drizzled them with olive oil and added some salt and pepper so that everything was lightly coated. I munched on a few and realized I like them uncooked, so I may have to try a basic slaw or something with them raw, they tasted like mini cabbages and I like cabbage. 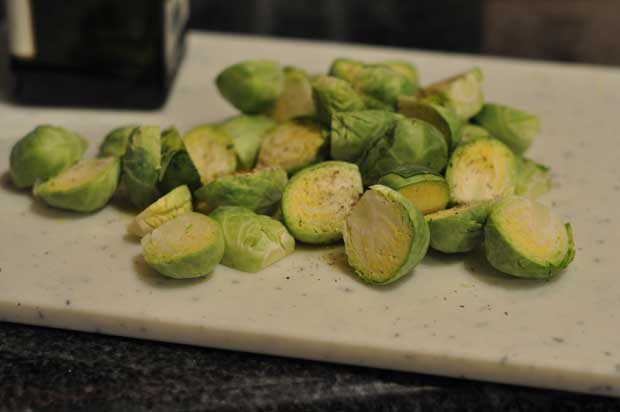 Brussels sprouts ready to be baked!

I added the brussels sprouts to a baking dish and set them in the oven, baking for 15-25 minutes until they are tender and lightly browned. I stirred them twice, so you should check them a couple of times to see if they are lightly browned but not too squishy. The trick I hear is to not overcook them (that is when they can come up with a flavor that people don’t love). 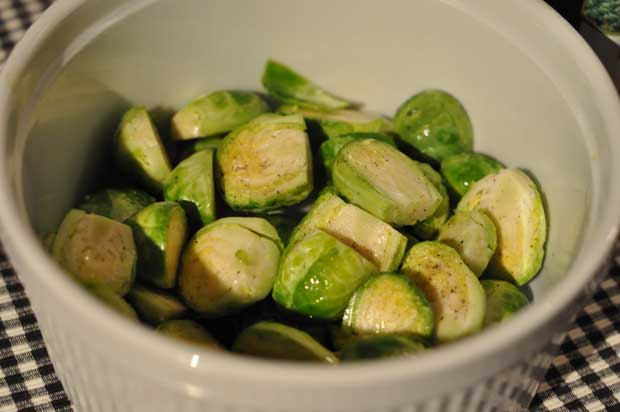 Brussels sprouts ready to be baked!

Once they were done cooking I placed them in a serving dish and drizzled balsamic vinegar over them and sprinkled them lightly with parmesan cheese. 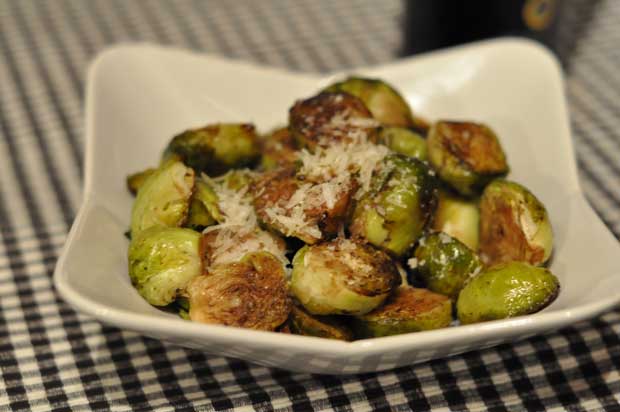 My husband swore he wasn’t going to eat any of them as I prepped them (apparently he was in the group of people who did not like brussels sprouts growing up), but he started stealing them off my plate. So the verdict was that they were pretty tasty..

Adventures in Not Cooking