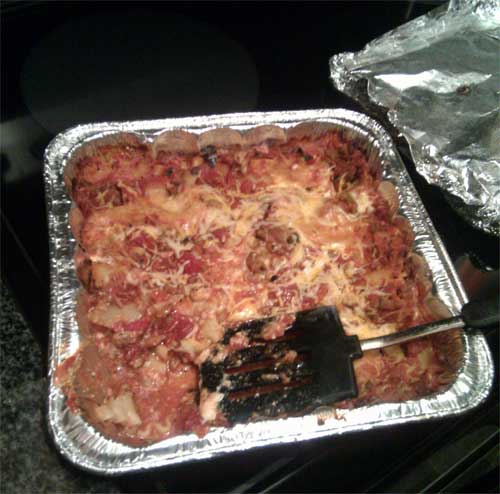 The last time I made lasagne I cooked half of it and prepared the other half (uncooked) and froze it. My husband and I, even with help from friends, are never able to finish off an entire lasagne before it goes bad. I had heard of people doing it before, but found that after 80 minutes at 350 degrees my lasagne was still pretty cold in the middle. I had precooked the noodles so my biggest goal in heating up the frozen lasagne was to get it hot and bubbly.

I decided to look up how to handle cooking a frozen homemade lasagne and discovered that no one seems to agree on what to do with a frozen lasagne! What I did pick up were some bits and pieces of do’s and don’t that made sense to me:

There doesn’t seem to be a consensus on what temperature to bake the frozen lasagne. Some say 220 and others up to 475 degree farenheit. Some people discussed thawing it before you bake it (which I may try next time, but my intent was that the frozen lasagne would be dinner on demand on an evening that I was too busy or too tired to cook).

What I did: I baked the lasagne at 350 degree farenheit for 70 minutes, I turned up the heat to 375 for an additional 20 minutes and then took off the top foil and baked at 425 for 10 minutes (to bake off some of the excess moisture and brown the top just a little bit). Basically I cooked it until the middle was warm and then browned it a bit.

The verdict: Don’t freeze it in tinfoil, there was a teensy bit of tinny taste. I made the lasagne with hot Italian sausage baked in, so it seemed to not be too overbearing. Don’t sauce up your lasagne too much before you freeze it – I was actually a little low on sauce and had to skimp which was good because it didn’t end up watery.

Absolutely cook your noodles, I would have gone crazy if I had needed to make sure that I cooked it and had to worry about the noodles cooking. It did not burn, so low and slow is fine. I thought it came out pretty tasty, just don’t be in too much of a hurry reheating it and plan on checking it regularly.. 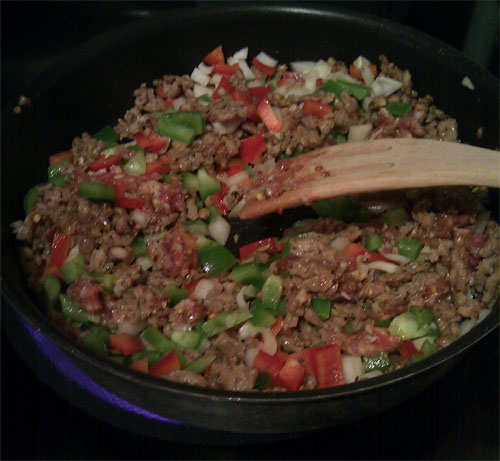 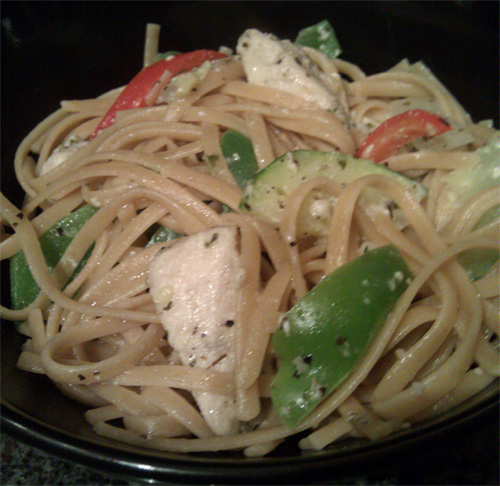